Latest News
A Conversation With Peter Kellner: What’s Happening In The UKDonald Trump, 2024: It’s a Mistake to Count Him OutNancy Pelosi Stands Down as Chairman. What Happens Now?Georgia Senate Runoff: What to Know About the Dec. 6th VoteMarijuana Legalization at the Ballot
Skip to content

Bullfrog, Utah – Unless you have been in a coma for the last year and a half, you probably have seen a story or two about the dropping water levels of Lake Powell and the drought in the American West. As a resident of a tiny little town perched on the shores of Lake Powell named Bullfrog, I can attest to the fact that the water is disappearing at a surprisingly fast rate. What you may not get from the big news sources or the bevy of YouTube videos reporting on the declining Lake levels, this story is not about houseboats, acre-feet, or climate change.

This story is not just about Phoenix electricity or the California water restrictions. It’s not even about the fact that millions of people across California, Wyoming, Utah, Colorado, New Mexico, Arizona, Nevada, Nebraska, and the Navajo Nation, are worried about the future of their electricity and water.

This story is about the response (or lack thereof) of the Federal Government to the fact that a huge swath of America is teetering on the precipice of failure. The Colorado River fed by the Great Rocky Mountain Snow Pack will fail later this year, or next, to provide the needed water and electricity to as many as 9 states, or the entire portion of the South Western United States.

The fact is, the plan for water management that was set forth in 1922 by the Colorado River Compact has failed. The plan that spurred the growth of every major city in the Southwest and cost taxpayers trillions of dollars to build the Hoover and the Glen Canyon Dam, as well as a dozen others in America’s campaign to tame the natural west, was based on bad science and has failed.

It is this inability of the Federal Government to acknowledge the truth. It is a truth that the compact was based on unsustainable rainfall projections. That, combined with an apparent need to placate the house boating Karens of Glen Canyon, has caused them to put forth a plan this week that, along with more than a year’s worth of inaction and a decade of denial, has left the region flat-footed and unprepared for a clear eventuality, Lake Powell will run dry.

The plan to release 500,000-acre-feet of water from Flaming Gorge Reservoir in Wyoming into the river over the next year to bolster flows into Lake Powell was devised by the Bureau of Reclamation. It is expected to be approved by the Department of Interior early next week. Along with the plan to release the waters, the BOR is planning to limit flows at Glen Canyon Dam on the Utah/Arizona line. They hope this will raise Lake Powell, up from 25% full, but will likely run Lake Mead down, which now sits at 35% full. 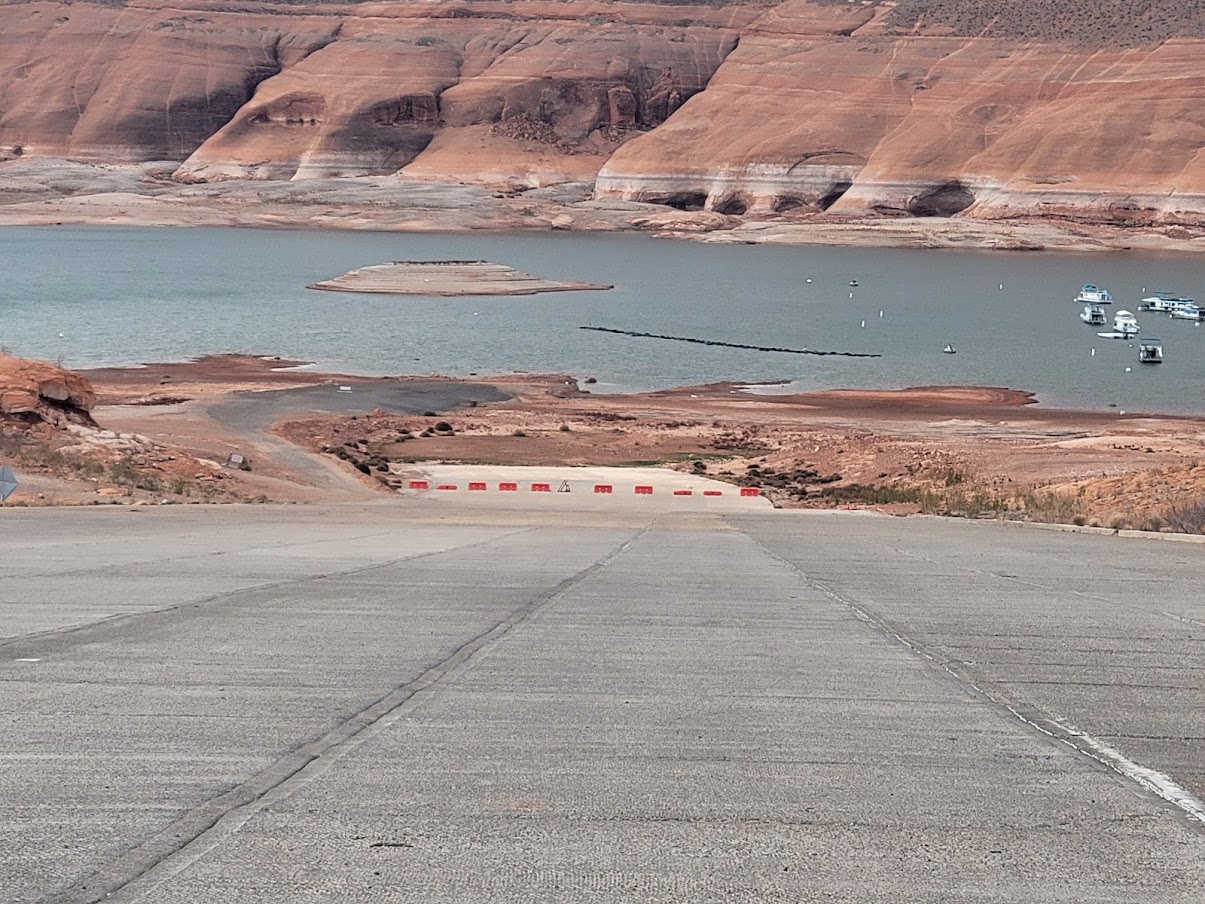 While seeming like nothing more than a last-ditch effort to avert disaster, critics like Eric Balkin of the Glen Canyon Institute says, “Even with those very drastic efforts, it’s still projected that Lake Powell is going to be within spitting distance of minimum power pool in less than a year. I don’t think anyone is going to say otherwise, even from the water agencies. They all know, it is just temporary, and it’s just buying them time.”

Balkin said in an exclusive interview Thursday, available in its entirety at The Current Affairs Times, “These are stop-gap measures that don’t address the big problems. We really need to start really taking a look at what the future of (Glen) Canyon is going to be.”

With current efforts by the Fed to move water around, and no real chance for the vital snowfall to prop up lake levels in the near future with the onset of yet another sizzling summer across the west, the outlook doesn’t look good for Lake Powell. By extension, it also doesn’t look good for the millions of families and businesses who live in the American Southwest.

The only real solution, in lieu of a Flood of Biblical proportions this summer, as Mr. Balkin agrees, is the responsibility of individuals, responsibility from government officials, and responsibility from the communities they serve to address this problem. Hollowing public stunts, like building a boat ramp to nowhere (the newly installed  Bullfrog Exec Ramp still isn’t touching the water)  and a shell game of where is the water now, will not do it.

Known as The Sailing Guy on Social media, German is the creator and host of The Crypto Nightly News #thatsailingguy #thechartedlife #cryptonews